A host of industry guests, including Oscar winner and Honorary Fellow Jenny Beavan, attended the 2016 Rose Bruford College of Theatre and Performance New Theatre Contemporaries Graduate Exhibition and New Writing Season, at the prestigious Bargehouse on London’s South Bank from the 8-12 June 2016.

After the event, the 2016 Oscar winner for Best Costume Design commented;

"The exhibition was really interesting with some great work. I would like to wish all the students good luck"

Nick Hunt, Head of School for Design, Management & Technical Arts was delighted by the response of industry guests, including the 2016 Oscar winner for Best Costume Design, at a private viewing of the exhibition on the evening of Friday 10 June;

“Our degree programmes provide students with a thorough preparation for a career in the creative industries.  It was testament to the quality of the students’ work that we had a great turnout of industry professionals who were discussing potential employment opportunities on the night.”

In addition to the Graduate Exhibition, students from BA (Hons) Acting and BA (Hons) Actor Musicianship performed their final student plays as part of the College’s New Writing Season. Sold out audiences including agents and casting directors saw collaborations with The Bush Theatre, Theatre 503 and Theatre Ad Infinitum.

The season included Foreverland, by Dawn King (directed by Steve Harper and Tom Lattler), the devised Run (directed by Nir Paldi and George Mann) and the world premiere of The Cane (written and directed by Ché Walker).

Professor Michael Earley, Principal and Chief Executive of Rose Bruford College was delighted that the diverse talent, creativity and skills of new talent, who he believes will be shaping tomorrow’s contemporary theatre, was made accessible to so many visitors:

“This major collaborative effort by the majority of our 16 different degree programmes demonstrated to the public and to the industry the highly imaginative work that goes on inside a world leading drama school.”

The College would like to thank the following supporters of the event: 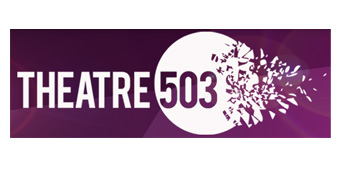