Seven new Fellows and Honorary Fellows were welcomed to the college at the recent graduation ceremonies on September 16th 2022.

The ceremonies for the graduating class of 2022 took place in the Rose Theatre and were opened by the Chair of Governors, Jennifer Sims, and included addresses from Principal (acting) Mary Oliver, College President Bernadine Evaristo OBE, with keynote speeches from graduating students. 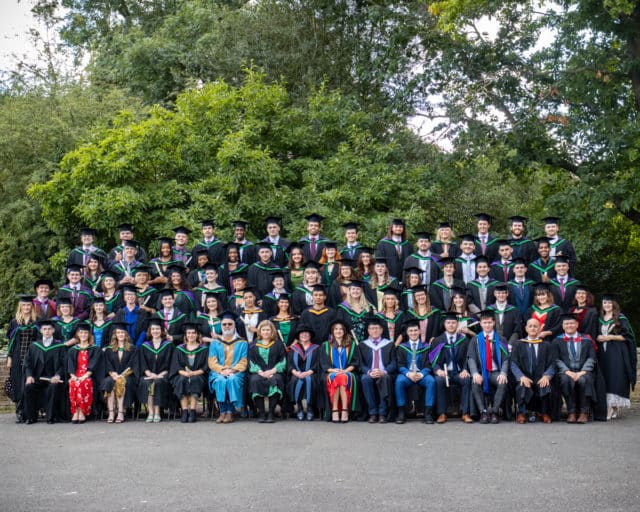 The three Fellows Sara Huxley, Mathew Baynton and Simon Casson are all graduates of the college who have worked extensively since graduation and join the ranks of Gary Oldman, Rosalie Craig, Roy Williams OBE, Lake Bell and Danny Tull, amongst countless other successful alumni of Rose Bruford College who are central to the success of the creative industries globally. The new Honorary Fellows, who are being recognised for their outstanding contributions the arts and contribution to the college are Dele Sosimi, Bryan Raven, Tarek Iskander and Paul Dale.

Sara Huxley, Mathew Baynton and Simon Casson were recognised as valued graduates from Rose Bruford’s Acting, Directing and Community Theatre Arts programmes respectively. They all demonstrate creativity, tenacity and versatility in developing careers which span different creative sectors; using their training in a variety of contexts and achieving the highest industry recognition for their achievements.

Sara Huxley co-founded the multi-award winning production company Mini Productions and has line produced many high-end TV shows for the BBC, Channel 4, Discovery and The History Channel. In 2020 she received a BAFTA television nomination for producing ‘The Main Part’ for the BBC and currently line-producing a BBC Special of Detectorists. Alongside Producing Sara has maintained her acting career and gained a full membership at BAFTA in 2022. 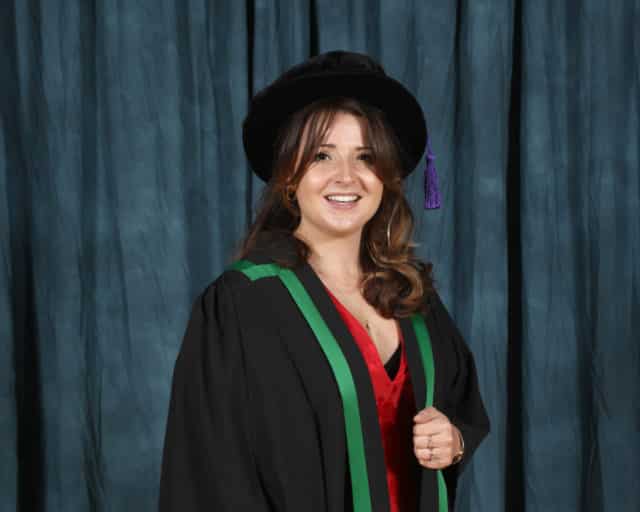 Mathew Baynton has worked extensively as a writer, director and actor in film and television, notably on Horrible Histories, Gavin and Stacey and Ghosts; he also co-created The Wrong Mans with James Corden, earning BAFTA nominations for both Best Male Comedy Performance and Best Comedy Writer. He was nominated for ‘Outstanding Comedy Actor’ at the National Comedy awards 2022 and received the award for ‘Best Returning TV Sitcom’ award for Ghosts from the comedy.co.uk awards 2021. 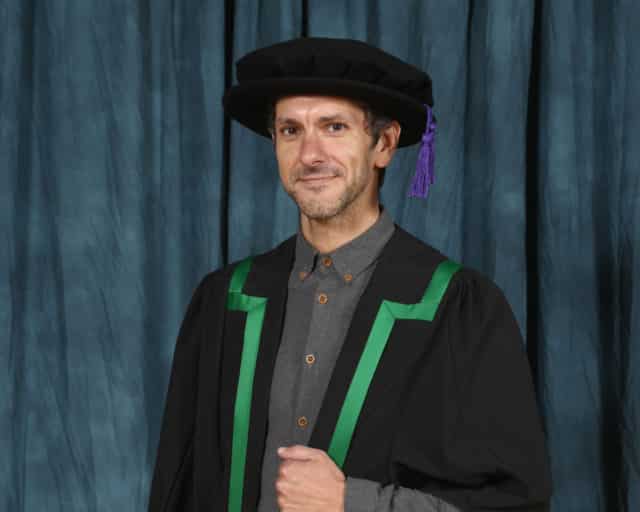 Simon Casson is a highly influential producer and event manager of cultural events in alternative theatre spaces. He co-founded Duckie, queer cabaret in 1995 centering on experimental performance and platforming new and diverse voices. Since its inception Duckie has won 4 Olivier awards, has toured internationally and continues to create community and participatory work for Londoners struggling with homelessness and addiction. 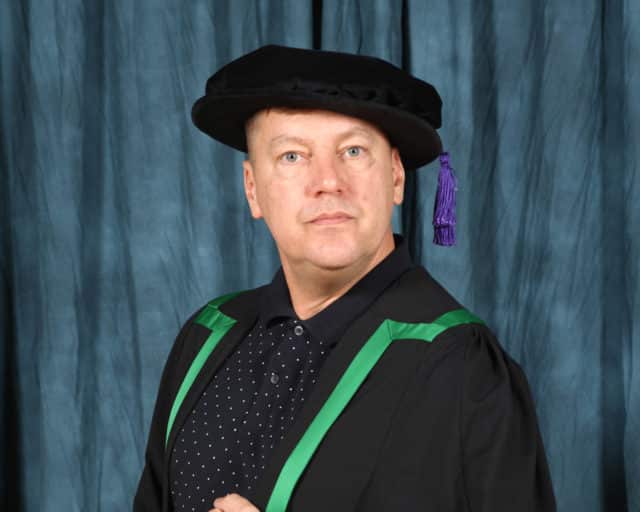 Honorary Fellows of Rose Bruford play an important role in providing vital industry knowledge and connections to students whilst in training. Dele Sosimi is one of the world’s leading Afrobeat performers and educators who started his career playing as part of  Fela Kuti’s Egypt 80. He has performed all over the world from the Montreux Jazz Festival, Bimhuis (Amsterdam), Ollin Kan Festival (Mexico City), Sensommer Int Musikkfestival Oslo, Norway to the South Bank Centre (Queen Elizabeth Hall & Purcell Room), to name just a few of his global appearances. He has been a visiting tutor for several years on the World Music module of the BA Actor-Musicianship course and has recently worked with a number of our students of colour on the play RUINED by Lynn Nottage. 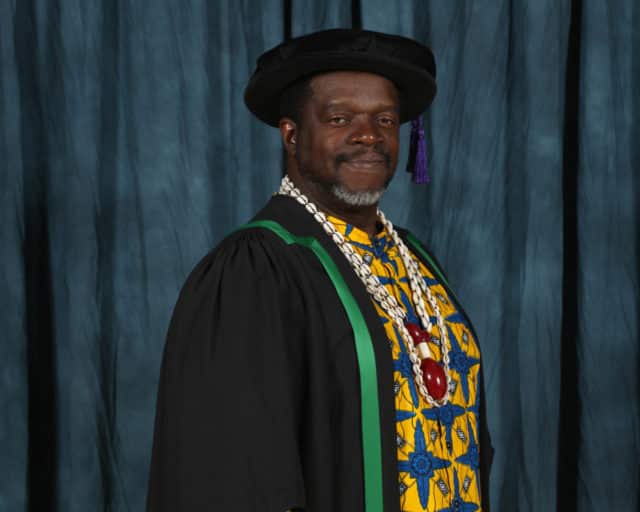 In addition to their contributions as visiting tutors, the honorary fellows are also vital ambassadors for Rose Bruford in the industry, demonstrating the values of the college in practice and being forces for change in their various sectors. Bryan Raven has been working with leading theatre lighting rental company, White Light, since 1987 and became Managing Director in 2000, overseeing the supplying of event technology to theme parks, education, theatre and other events. Numerous Rose Bruford students have gone on to join the staff of White Light who are pioneering the newest technological advancements in the industry such as the use of extended reality (XR) stages , a mixed reality production  and presentation platform one of which has been recently installed  in our Centre for Digital Production. Bryan was one of the leading industry voices behind the 2020 pressure group, #WeMakeEvents, which amplified the voices of live events workers during the pandemic. 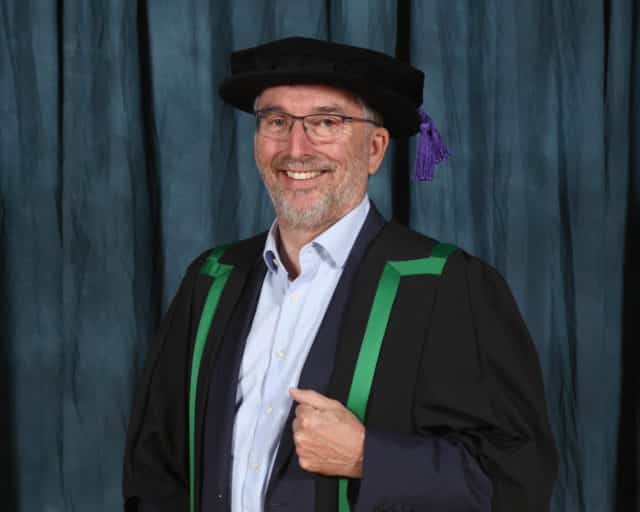 Tarek Iskander is a director, playwright and dramaturg and was appointed the Artistic Director and CEO of Battersea Arts Centre (BAC) in 2017. Tarek has made it his ethos to “reinvent how we embolden our communities and our artists” and has ensured that inclusivity and creativity is at the heart of BAC. BAC functions as a ‘Re-laxed Venue’, basing its workings on the social model of disability and aims to dismantle the systemic barriers faced by disabled people. Tarek is also Director of Theatre at Arts Council England, and was previously a founder and associate director of the Yard Theatre in Hackney. 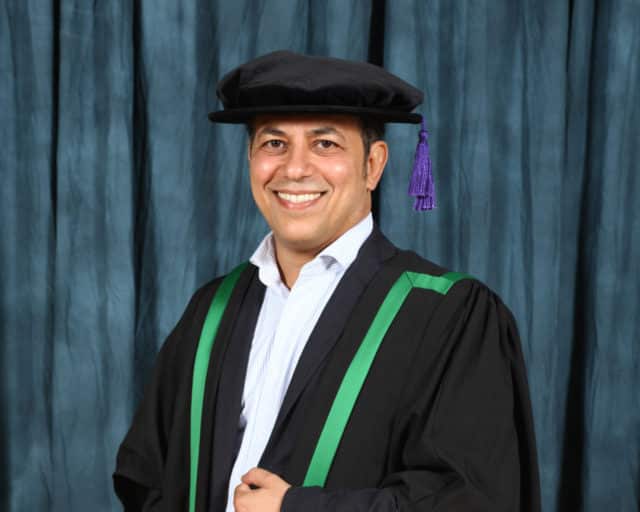 Paul Dale was a Rose Bruford Governor from 2014 – 2021, sitting on the Development Group, Audit Committee and Governance Committee. His career began in advertising before becoming a financial reporter at a news agency. His numerous years of expertise in management and business consultancy have been highly valuable to the Board of Governors and he is recognised for his contribution in this Honorary Fellowship. 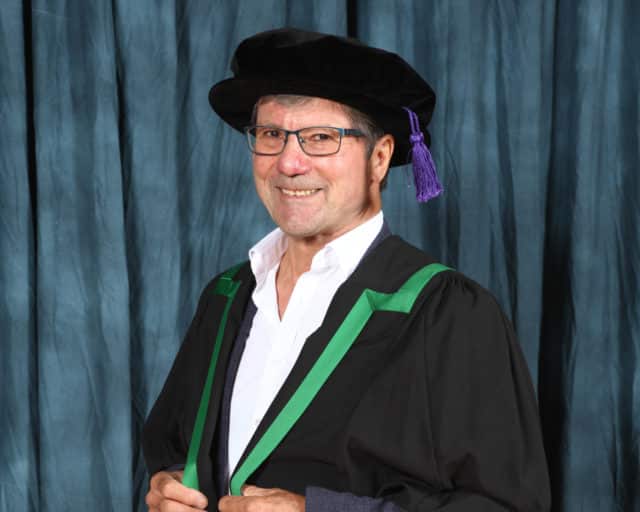 You can find out more about our alumni and graduates HERE.