This long-established programme is delivered by Online Learning, with full time and part time routes and provides an ideal way to flexibly study for your degree from wherever you are in the world. 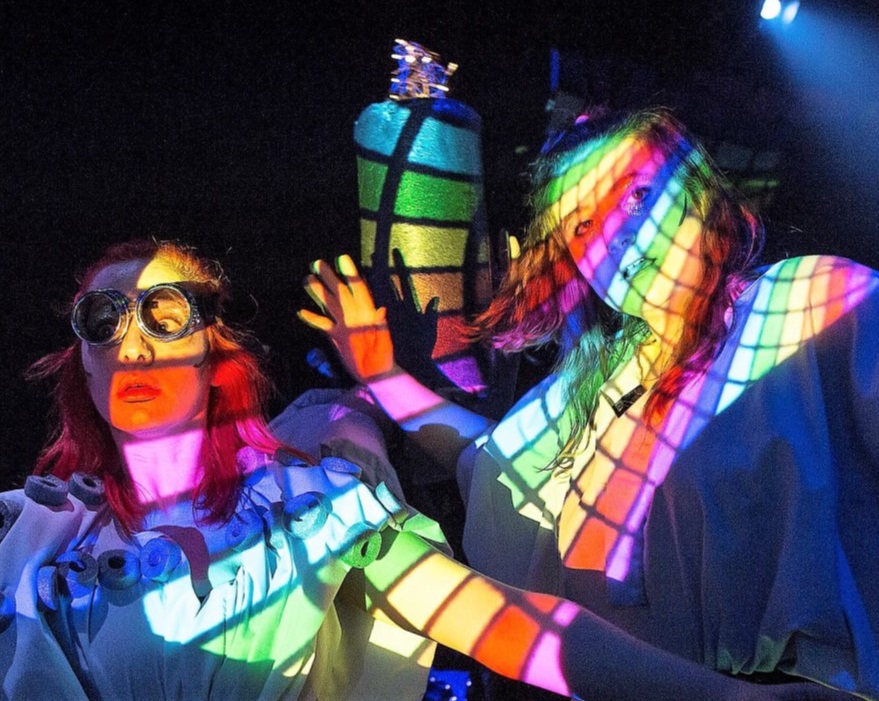 The course is designed to meet our global cohort’s wide-ranging needs: we cater to those who intend to pursue a professional career in the creative industries or enhance their existing professional standing and those seeking to extend their knowledge and develop their appreciation of theatre and performance.

“There is a wealth of knowledge and expertise in the subject team about the principles of effective pedagogy in an online programme. This has meant that the high-quality materials provided by tutors within the module are able to generate deeply engaging student learning experiences away from the online environment, through effectively structured tasks. At the same time, the support provided online, via a range of settings and approaches, are clearly of value to the students as an interactive space.”  Dr Tom Maguire, External Examiner, Head of School of Arts and Humanities, University of Ulster (2019)

Find out more in our current course brochure.

Hear from some of our graduates 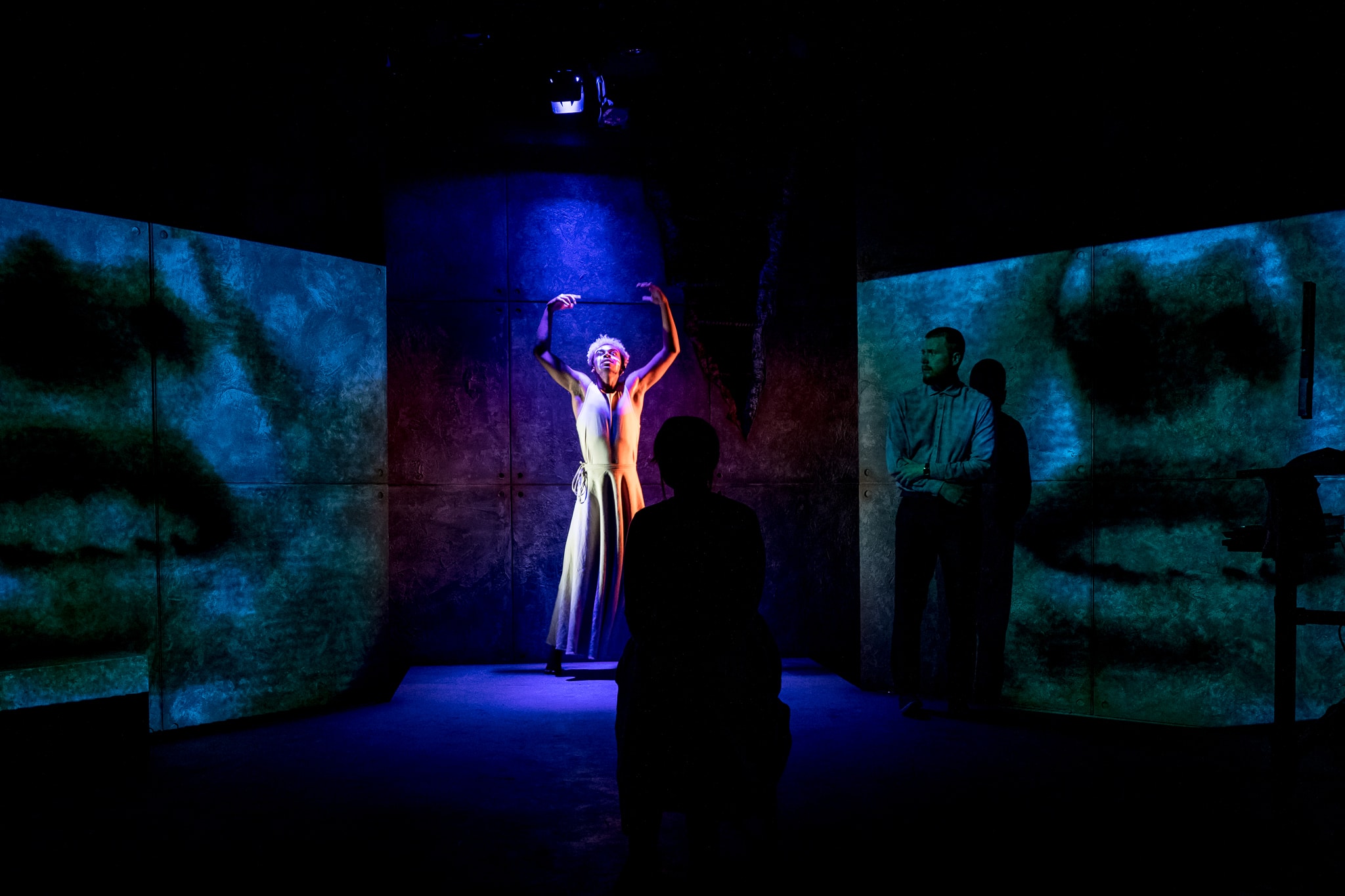 Why choose this course?

Choose your own pathway

You will receive expert teaching from academic staff and industry professionals, whose experience covers the broad spectrum of the discipline

Alongside your academic work, you will develop valuable skills around professional behaviours, employability and entrepreneurship – fundamental to whatever career path you choose when you graduate

Your learning materials provide you with both theoretical and practice-based perspectives as you study working theatres, practitioners, playwrights and directors alongside the canon of theatre studies at large

You will study independently as well as work with others in small groups online, where you will be part of a vibrant community of students drawn from performing arts, education, the arts sector, those looking towards careers in the theatre industry and those studying for their own interest and pleasure

Recognition of prior learning

If you already have academic credits or professional experience you might be eligible for credit exemption for accredited prior and/or experiential learning. Please contact the Lead Academic Tutor to discuss your circumstances

UK students can apply for a student loan

You will be able to attend the College’s annual Symposium event on campus, which includes special guest lectures, master classes and performances

Course content is regularly reviewed, to make it relevant and current. Course modules are therefore subject to change.

Level 4 introduces and develops the academic and intellectual skills that you will need for study and professional development. (120 credits) Obligatory (up to 3 years)

These modules identify and explore the techniques and challenges of presenting theatre today. They include an in-depth study of how a professional theatre company functions in terms of its artistic policies, marketing strategies and funding initiatives. Much of your work will be based around the study of a professional theatre company in your own area and investigations of how it contributes to its localised contexts.

This module explores ways of analysing dramatic writing in terms of its potential impact and meaning in the theatre. You will examine dramaturgy from a range of perspectives and focus on ways in which a text becomes a blueprint for performance. Plays currently studied include a range of traditional texts such as Oedipus Rex and Everyman as well as more contemporary writing such as Bryony Lavery’s Stockholm and Suzan-Lori Park’s Topdog/Underdog.

This module examines the relationship between meaning and text by examining a range of approaches to performance. You will investigate how conventions of genre, acting styles, direction and design signify in different ways. By taking the role of ‘the critical audience’ you will explore how contemporary productions are shaped by their historical, cultural and artistic conditions and discover ways of re-framing them within contemporary critical perspectives.

These modules introduce key traditions or “elements” of theatre-making. You will explore the means by which the performing body is codified through visual elements such as costume, make-up and mask and examine the relationship between text, space, action, the changing social and political functions of performance and the role of context in meaning-making.

Modules you will undertake at level 5 include but are not limited to:

This module interrogates Naturalism in its historical context. The module looks at the impact of science and technology and the new perspectives of sociology and psychology. The works of important writers including Zola, Ibsen, Strindberg and Chekhov are studied alongside practitioners such as Stanislavski and Antoine.

This module seeks to explore the plays as vehicles for performance, understanding them in relation to the original performance conditions for which they were created, and, by extension, in the contemporary theatre. In TS502 Shakespeare’s work is addressed through three key themes: Language, Space and Identity.

This module explores the role of the Director in British and European theatre. While there is some discussion of historical context and development, the main emphasis of the Module is on contemporary practice. Students study the work of both leading and emerging directors through an examination of their creative decisions, working methodologies and complementary discourses; framing these in relation to a range of critical and theoretical considerations.

TS515 investigates the debates surrounding place and space and examines how these terminologies are applied to performance practice, audience theory and definitions of theatricality. TS515 begins by considering the question of place as a location for transgressive acts, examining medieval carnival and concepts of ‘reversal.’ These investigations feed into discussion of more contemporary case studies – of riots and rallies – as these are examples of the appropriation of space for Political and political ends.

In this practice-based strand, you will be introduced to the dominant approach to acting of the last hundred years, namely that developed by Stanislavski, and guided through the process of the actor’s own preparatory work for rehearsal through a series of practical exercises, tasks and performances of a role of your own choosing.

This module explores the processes and practices of contemporary live and performance art from ‘happenings’ to fine art and dramatic postmodernity. The meeting point between fine art, installation and performance, performance art and live art have often articulated as a desire for direct engagement with issues of identity, multiculturalism and globalisation.

These modules investigate the world of musical theatre from a twentieth century American perspective (focusing on productions spanning from 1920s-1970s). You will explore the theatrical forms that influenced the musical as it is widely known.

Module study options at level 6 include, but are not limited to:

This module examines some of the major developments in contemporary theatre, analysing the work of specific playwrights and practitioners and exploring particular sites of interrogation that have emerged in the post-millennial period.

The Research Project constitutes the final module for honours students. It is designed to allow you to demonstrate your ability to design and pursue independent research on a subject which draws upon an aspect of your previous study or centres on theatre-related professional practices. Aspects of this work can be practice-based and the module aims to provide broad scope for a range of project types.

Then select 40 credits from the following electives:

TS605 addresses post-colonial theatre in a variety of social contexts, drawing on plays and performance studies from the Caribbean, Nigeria, South Africa, and India. Through critiques of play texts, theory and theatre practice the module will guide you through post-colonial, intracultural and inter-cultural issues including negritude, Black Consciousness, anti-apartheid movements and indigenous practices.

TS607 and TS608 aim to introduce you to Greek plays in their ancient socio-political and performance contexts and in the contexts of their transformations in subsequent theatre spaces, manifestations and cultures. In TS607 you will analyse the only surviving ancient trilogy, the Oresteia of Aeschylus.

These modules examine Brecht in detail – as writer, director and practitioner. This is achieved through a close reading of a number of Brecht’s plays and productions from the earliest stages of his career through to the immediate post-war period.

This module explores the translation of Shakespearean texts from page to stage through a series of case studies from the performance history of four plays, and through practical exercises requiring you to prepare a text, or part of a text, as a director might prepare it for performance, providing annotations and a critical analysis of the decisions taken.

This module is intended to provide you with an overview of the post-war movement known as the Theatre of the Absurd, to introduce its principal exponents, and to enable you to place the plays in your own cultural context. The primary focus of the module is a number of plays written in English and French (the latter studied in translation) in the 1950s and early 1960s which have been characterised as the Theatre of the Absurd.

This module is a practical and theoretical introduction to theatre criticism. It discusses the role of the theatre critic in contemporary society and assesses the impact of theatre criticism on performance practices. The unit also explores the techniques and approaches to analysing live performance from the particular perspectives and agendas of the arts critic.

Each module is divided into three units. A unit might include notes, tasks, documents, recordings and images – all of which are designed to guide you through the topic in an active way.

You will keep a Coursework Portfolio and Applied Learning Archive which you will share with your tutors online. Regular monthly webinars will also form part of your study routine and will provide you with opportunities to actively engage with other students.

You will have a range of assessment modes that combine to equip you with essential and traditional academic practices alongside opportunities to create, present, perform, collaborate and research.

Our graduates have gone on to work across a range of theatre-related roles and in education. Some continue on to further study on postgraduate programmes.

Actor, Writer and Producer of Buzzing

Co-Owner and Co-Artistic Director of the Alloway Academy of Dance and Theatre Arts in Ayr, Scotland

Studying an Arts related subject provides our students with a wide range of skills. Recent graduates have progressed into the following occupations: 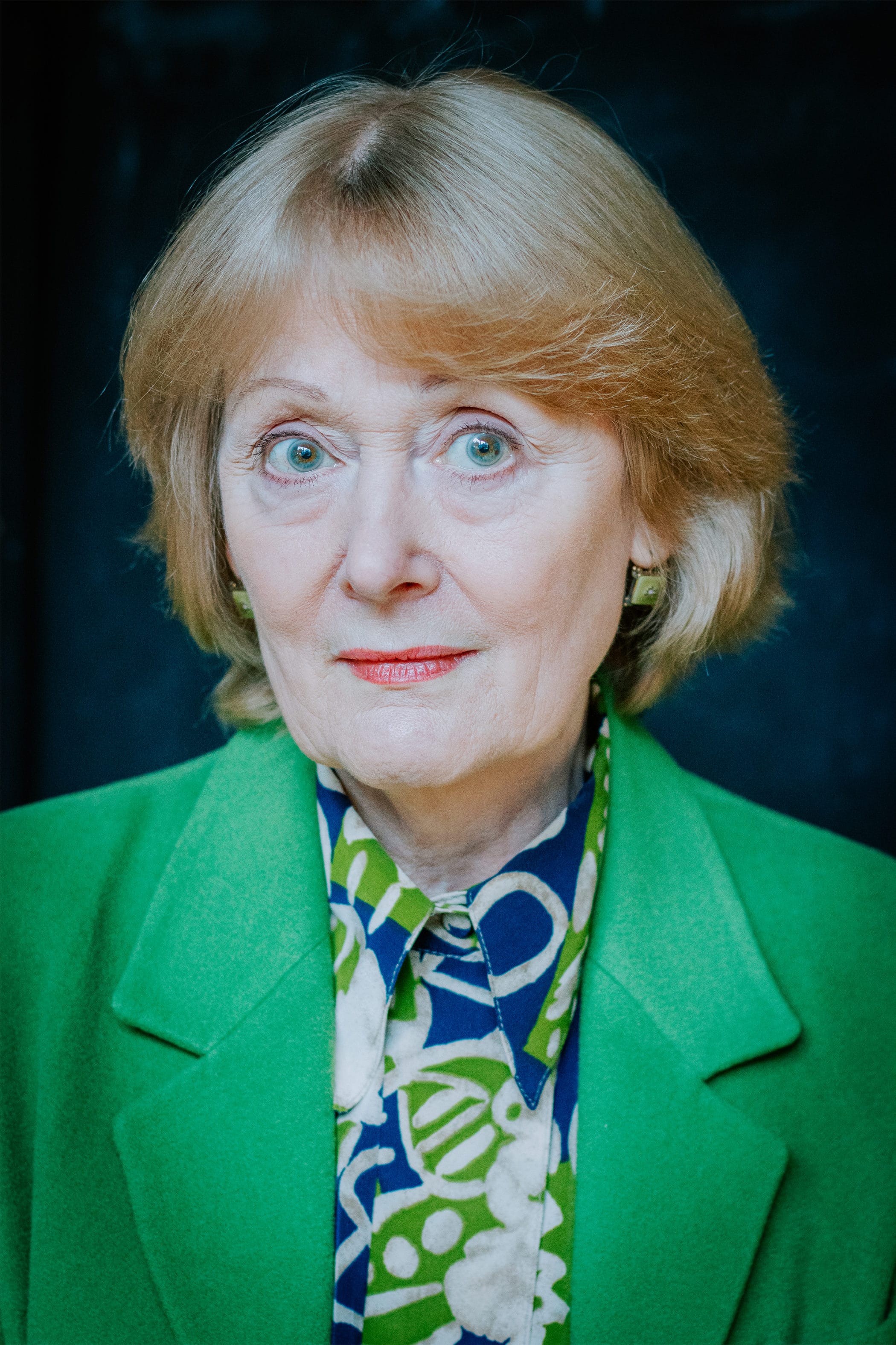 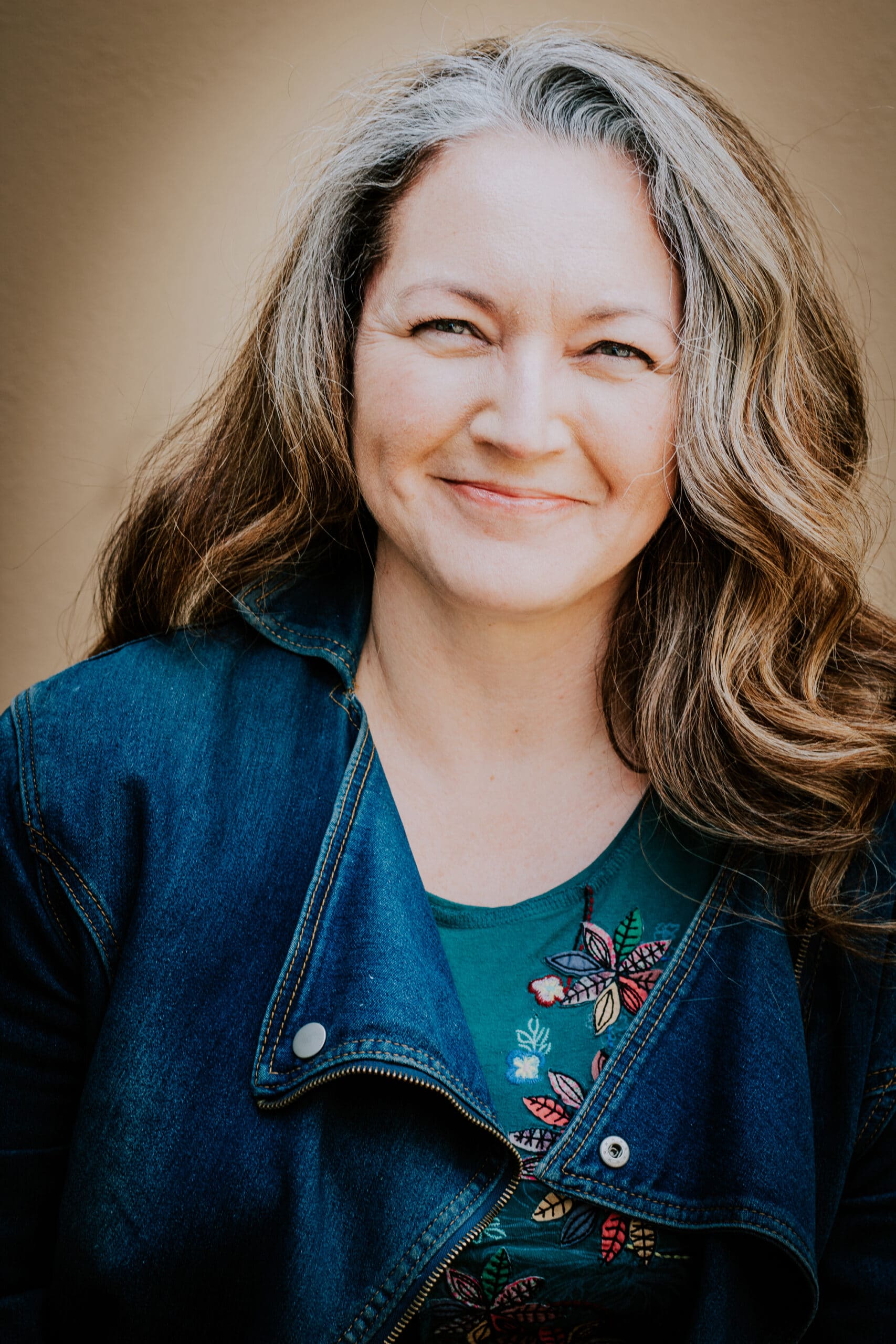 Jayne Richards trained at the Central School of Speech and Drama and studied education and phonetics (IPA) with the University of London. On completing her MA in Theatre and Performance Studies (Manchester), she went on to PhD research into Performance Practice (Middlesex University).

Karen Morash is the Lead Academic Tutor for the online BA Theatre Studies at Rose Bruford College. She completed a PhD at Goldsmiths (where she also lectured), focusing on the role of the playwright within the collaborative devising process.

UK/Republic of Ireland and international students

Please apply direct to the College via the ‘Apply Now’ button below. If you meet the entry requirements, the Lead Academic Tutor will contact you to arrange for an online interview and will gather references. If you are offered a place on the course you will be able to choose how many modules you wish to undertake.

If you would like to speak with the course team before applying, you are welcome to send your questions to [email protected]

Part time: we give consideration to applicants with non-standard entry requirements.

If you think you are eligible for the above fee waivers, our admissions team will be able to provide you with more details when you apply.

Download the Theatre Studies Online application form below by hitting the apply button.

The application form is an editable PDF so you may need to download an Adobe reader on your device. You can then open the form via the reader and complete the form electronically.

Complete the form and save it.

Our Admissions Team will send an acknowledgement of receiving your application within two working days of receipt.

If you have any questions about your application, please contact us at [email protected]. 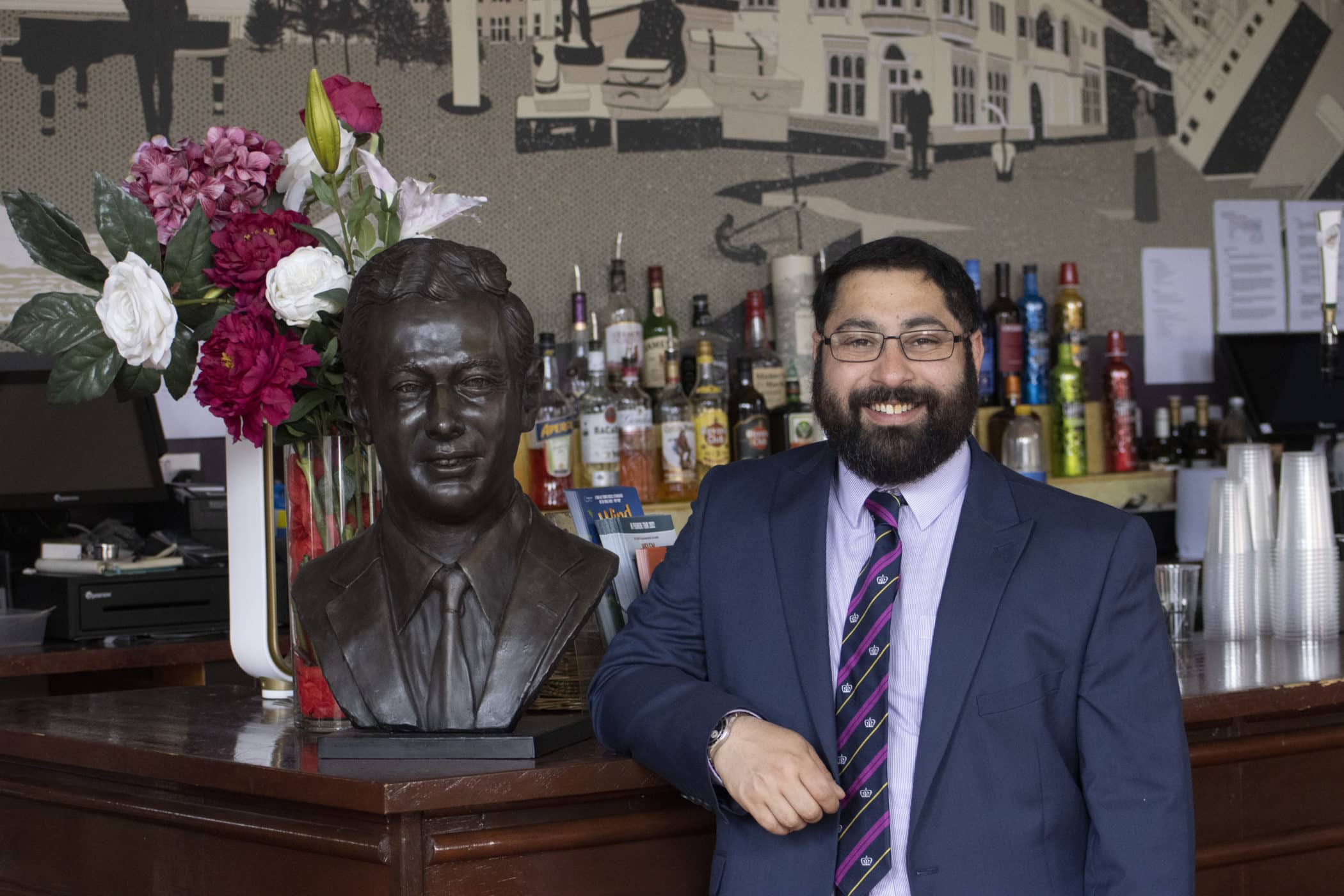 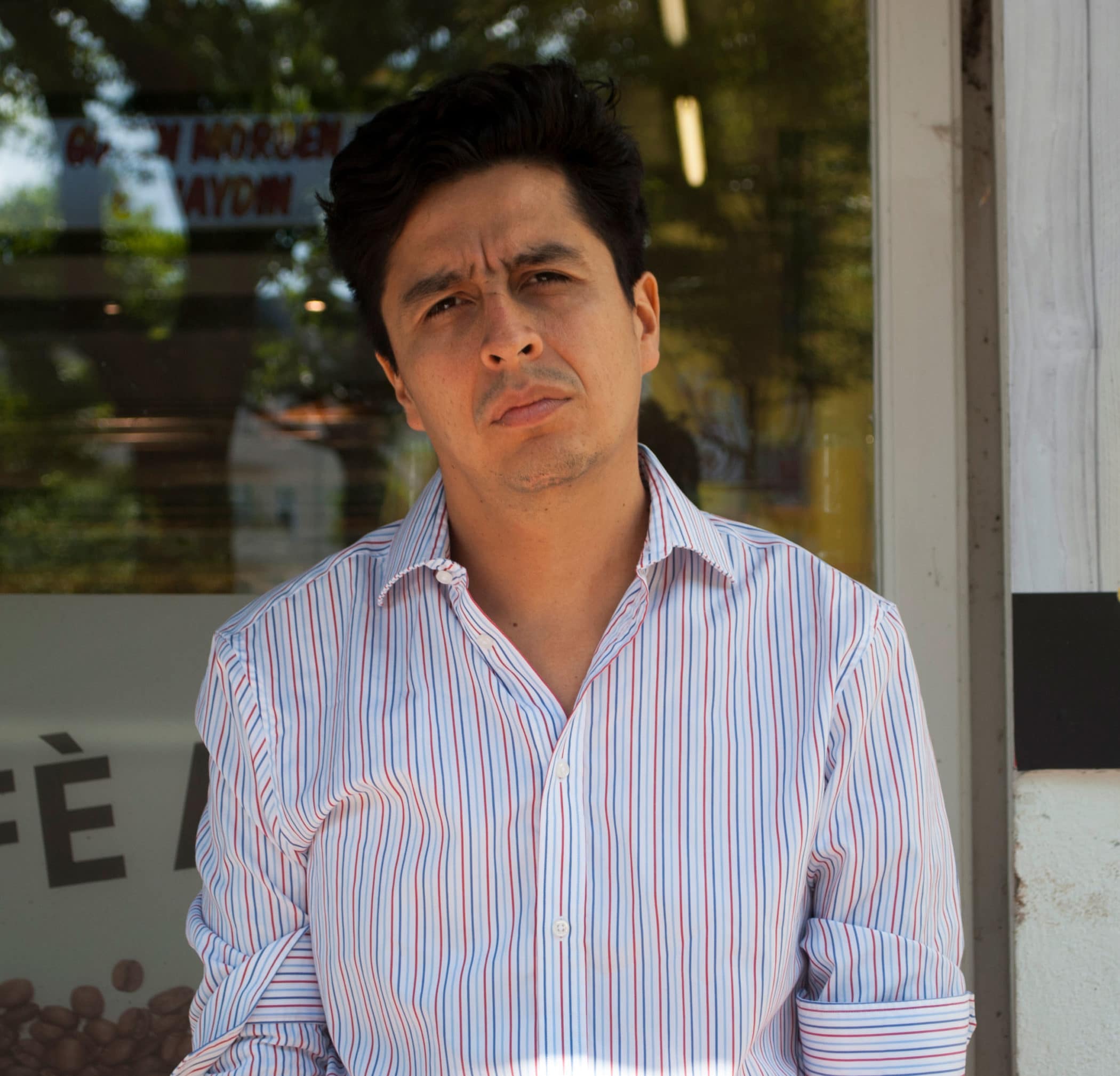 Bright future ahead for Berlin and Bogota based Theatre Studies student

Back to all Undergraduate Courses