The unique programme, which starts in October 2020, is aimed at both experienced lighting professionals and performers/practitioners working with light. The programme will allow students to design, explore and work with light in a variety of performance forms, learning and working collaboratively and within an inter-disciplinary performance context.

Programme Director Hansjörg Schmidt is proud to be working with such outstanding lighting designers on the course. He said:

“We all share a strong belief in the importance of collaborative and inter-disciplinary working methods, and are passionate advocates for the artistic and social value of light as a creative and dramaturgical tool.

Each of the designers also bring their own specialist field of work to the programme: Paule Constable in Theatre and Opera, Michael Hulls in Dance, Andi Watson in Technologies and Music, and Willie Williams in Video and Music.”

Students on the course will be taught and mentored by these lighting designers, and there will be opportunities for students to design their own work both independently or collaboratively, go on expanded work placements, and practically and critically develop their ability as a designer or performance maker working with light.

"I feel really excited about the prospect of being in a room with such a varied group of designers – all of whom will be sharing their contrasting processes and work.  I feel there is much for us all to learn and share."

Fellow collaborator Willie Williams, who received international acclaim for his work with U2, said;

“This is exactly the kind of course that I wish had been available when I was starting out in lighting.”

For those interested in finding out about the programme, an information evening is being held at Clod Ensemble, London, E8 3FN on Tuesday 17 March from 17:30 to 21:00. Please visit the event page for full details and to book.

As part of this new programme Rose Bruford will also host an intensive practical lighting skills workshop from 1 to 11 September 2020 at the College’s campus in Sidcup.

Please visit the course page for full details and to apply. 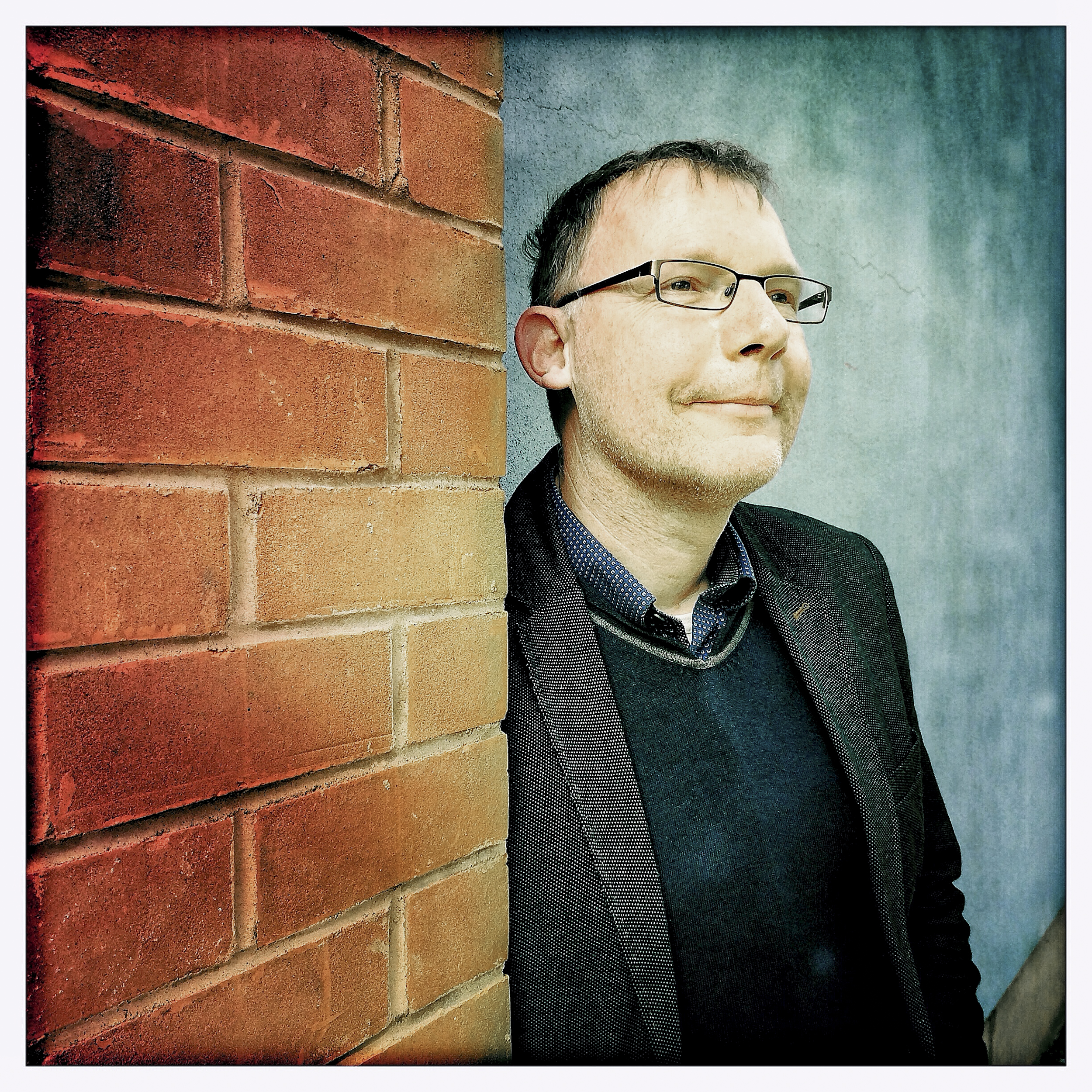 Hansjörg Schmidt is a lighting designer; working regularly with a group of UK based artists and theatre companies. At Rose Bruford College in London, he is Academic Programme Manager for the School of Design, Management and Technical Arts as well as Programme Director of the MA Light in Performance. His research interests lie in the area of lighting, environment and narrative.

Other recent projects: Kew Kitchens, an architectural installation at Kew Palace. The Beautiful Octopus Club, for Heart  ‘n Soul and the South Bank Centre. And shows for Jessica Ogden and Mika Fukkai at London Fashion Week. 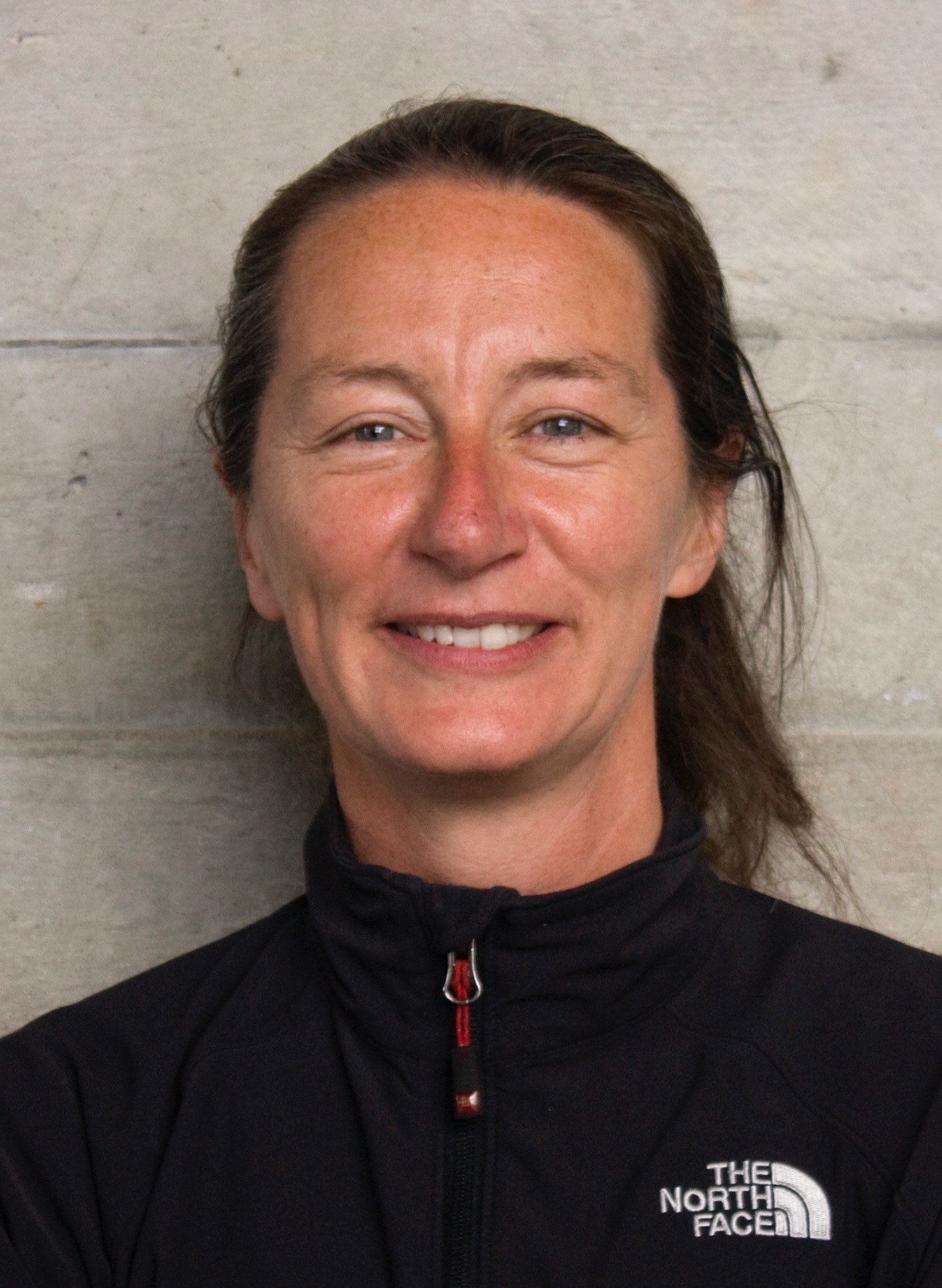 Paule Constable is a multi-award-winning lighting designer for theatre, dance and opera.

Paule was the first recipient of the Opera Award for Lighting and received the first Hospital Award for Contribution to Theatre. 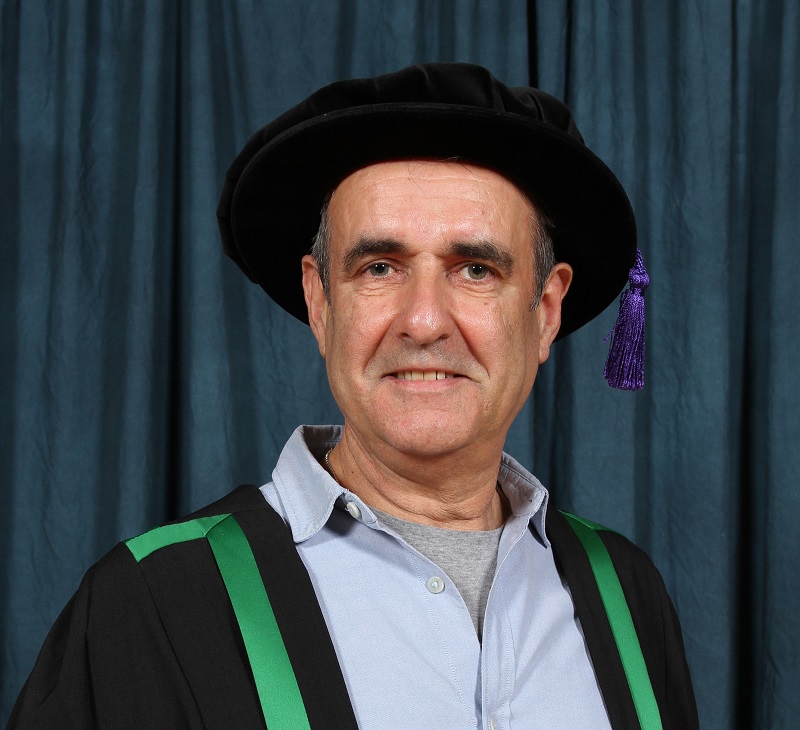 Michael Hulls trained in dance and theatre at Dartington College and in 1992 was awarded a bursary by the Arts Council to attend dance lighting workshops with Jennifer Tipton in New York.

Over the last 25 years Michael has worked exclusively in dance, particularly with choreographer Russell Maliphant, and established a reputation as a ‘choreographer of light’. PUSH, with Sylvie Guillem, won four major awards including the Olivier for Best New Dance Production and Broken Fall, also with Sylvie Guillem won the 2004 Olivier Award for Best New Dance Production.

Michael and Russell’s work was the subject of the Channel 4 documentary Light and Dance. In 2009 Michael received the Knight of Illumination Award for Dance for Eonnagata, his collaboration with Sylvie Guillem, Robert Lepage and Russell Maliphant. Michael has worked over many years with the choreographer Akram Khan, including on DESH winner of the 2012 Olivier Award for Best New Dance Production and the 2012 TMA Outstanding Achievement in Dance Award.

In 2010 Michael became an Associate Artist of Sadler’s Wells and his contribution to dance was recognised with his entry into the Oxford Dictionary of Dance. In 2014 Michael received the Olivier Award for Outstanding Achievement in Dance. In 2016 Michael created LightSpace, his installation at Sadler’s Wells and was awarded a second Knight of Illumination Award for Conceal/Reveal.

In 2018 he created his latest installation Tungsten Requiem. His most recent work with Akram, XENOS received the 2019 Olivier Award for Outstanding Achievement in Dance. 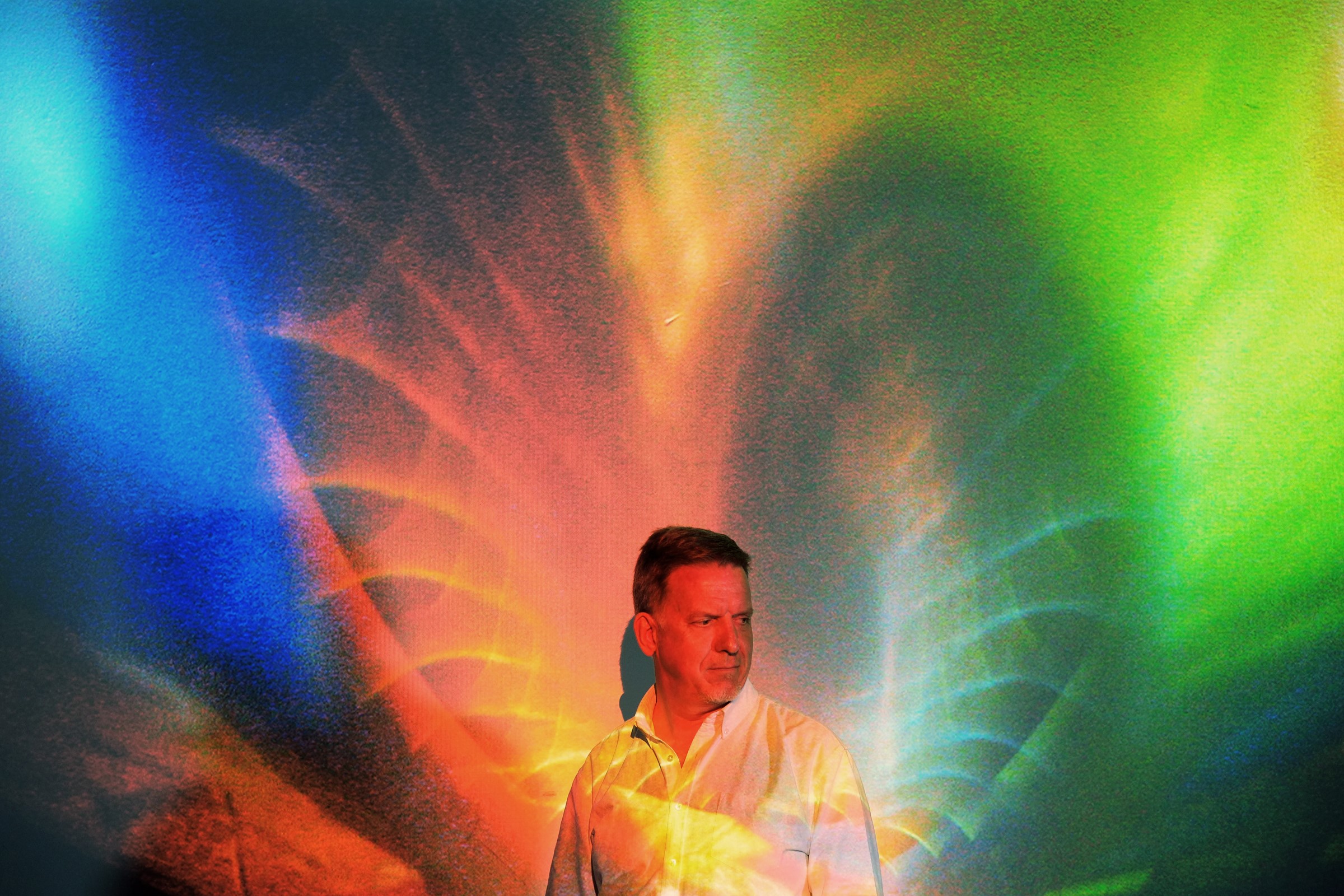 Willie Williams creates visual environments for live events and concert tours. He is best known for his ground breaking work with the rock band U2 and is recognised as one of the leading artists in this field. Merging lighting, video imagery and scenic elements into a single visual discipline, Williams’ work been highly regarded as conceptually and technologically groundbreaking.

Live music clients have included Sigur Rós, David Bowie, Lady Gaga, George Michael, R.E.M., Robbie Williams and The Rolling Stones. He designed the video and lighting for the long-running musical We Will Rock You and has also created kinetic lighting-video installations for nightclubs in Las Vegas, Ibiza, the Middle East and Asia.

Performing arts projects include collaborating with Complicite for their production of The Master and Margarita and designing performance environments for Montréal dance company La La La Human Steps. He has collaborated with Laurie Anderson on several occasions. Public works include installations within Canterbury Cathedral,

London’s Southbank and a permanent exhibit at Cleveland’s Rock & Roll Hall of Fame Museum. He has presented gallery shows in London, Dublin and Manchester.

Williams has been honoured by his peers many times. His work has been profiled in Time magazine, Creative Review, The New York Times and Wired. He is creative director of Treatment Studio, London. 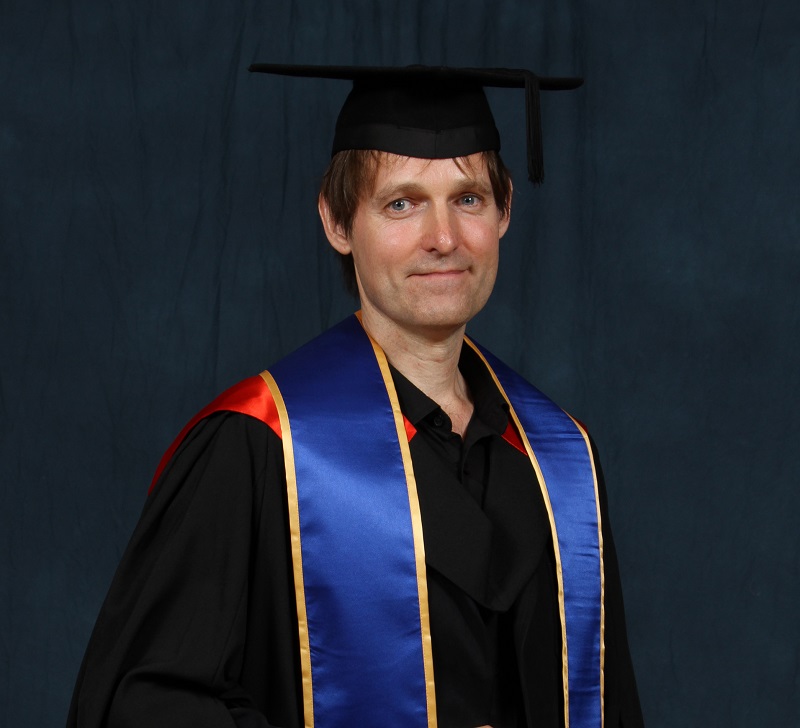 British lighting designer Andi Watson is a pioneer in the field of stage and lighting design for rock concerts. Andi’s career began as a student at the University of Sussex. While studying for his degree in electronic engineering and computer science, he worked for a small company that was hired to do lighting at a campus bar for local bands with his friend, Mike Owen, who became lighting director for Pink Floyd. Andi designed and engineered many of the fixtures they used, including a computer lighting deck. Upon graduation in 1985, Andi worked for the London-based lighting company Samuelson’s. Given his combination of lighting skills and computer knowledge, Andi was hired as a Van Lite technician, and soon found himself sent out

on the road to tech, operate and program lighting systems for major acts including Prince, INXS and The Cure.

Andi then decided to turn freelance. For the next few years he worked on smaller tours in venues with often little or no budget. In 1993, he received a call to do the lighting for a small college tour for the Irish band The Frank and Walters who had a support act from Oxford named Radiohead. He has designed each of Radiohead’s tours since then.

Working with musical acts as diverse as Arctic Monkeys, Lenny Kravitz, Oasis, Vanessa Paradis as well as Radiohead, Andi has produced a cutting-edge series of thought-provoking and ground-breaking installations. Not only have his light installations helped define the look, interpretation, and meaning of these artists’ music when they tour and play live, his work has revolutionised the design of rock concerts, drawing on influences and references as wide ranging as German Expressionism and Cubism, to science-fiction films, Pop Art, Light and Space Art, and Conceptual Art.