When theatres, along with most of the UK, closed their doors in March 2020, the way forward for the industry was not clear. How would technology support creators and artists to continue their craft? Would freelancers be able to support themselves until venues could reopen? Would the audience feel comfortable returning when the world opened back up?

The Lowry has produced The Empty Auditorium, a showcase of what international artists were doing in our iconic theatre spaces during lockdown, whilst they awaited the return of audiences and the usual hustle and bustle.

An Anatomie in Four Quarters is a stunning short film, made with Hugo Glendinning, and expertly lit by Hansjorg Schmidt, course leader of our Light in Performance MA and Lighting Design for Architecture BA (Hons) courses. The piece, performed by the Clod Ensemble, reflects on the ways the production brought the whole theatre and its internal structures to life when it was first produced at Sadlers Wells in 2011 and then at the Millennium Centre in Cardiff and the Lowry in Salford in 2016. 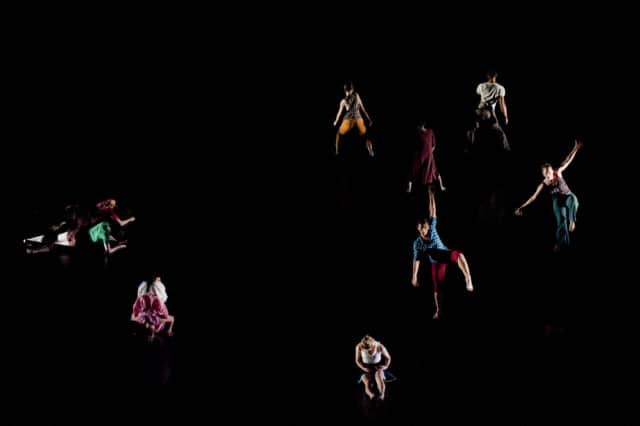 It explores the resonance of the work now, at a time when theatres across the country have been reimagining themselves during the pandemic. Including footage from the original production, stills and interviews with Clod Ensemble Artistic Directors Suzy Willson and Paul Clark.

The original piece is a promenade performance in which the audience cut a path through the auditorium of a large theatre, changing their viewing positions for each movement, until they find themselves on stage.

Featuring an exceptional cast of 38 dancers and musicians, An Anatomie is a spectacular visual poem about human beings’ insatiable desire to get closer to things and a celebration of the theatre building itself. It explores our perception of the human form, the physical structure of the bodies we inhabit and the ways we attempt to see, define, contain, name and value them.

The first movement, from up in the gods, featured an intensely lit performer on a table just metres from the audience, whilst a marketplace of activity unfolded comparatively arbitrarily on the stage below. The fourth, by contrast, situated the audience on stage, looking out into the stalls, which provided a beautiful backdrop against which the dancers cut striking silhouettes. The use of proxemics in dance is not a new idea, and yet this was certainly one of the best thought-out and compellingly realised that I have witnessed.