2015 BA (Hons) Acting graduate Bally Gill has won the prestigious Ian Charleson Award, which is given to an actor under the age of 30 for playing a classical role.

Bally received the award for his critically acclaimed performance as Romeo to in the Royal Shakespeare Company’s production of Romeo and Juliet, which ran in Stratford before touring.

Now its 29th year the Ian Charleson award is given in memory of the actor Ian Charleson, who died aged 40 in 1990. Previous winners have included Tom Hollander, Emma Fielding, David Oyelowo and Paapa Essiedu.

Bally tweeted after the ceremony; “This is quite special! Thank you.” 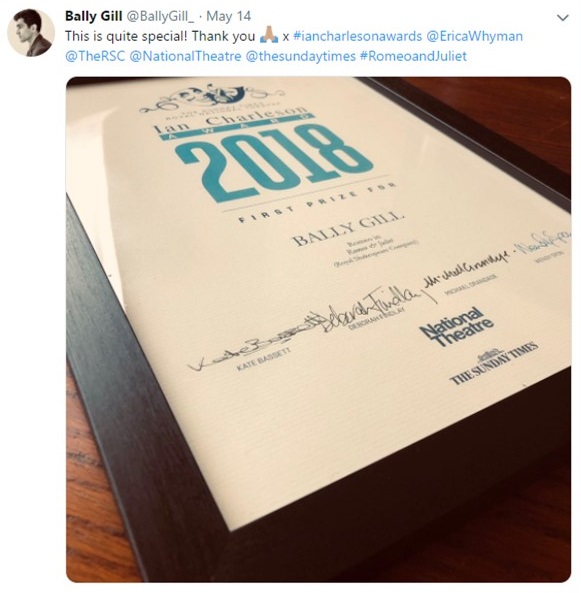