Rose Bruford College Fellow, Bernardine Evaristo MBE has been named as joint winner, alongside Margaret Attwood, of the prestigious Booker Prize for her novel Girl, Woman, Other.

Bernardine was born in Eltham in 1959 and raised in Woolwich. She studied Community Theatre Arts at the College from 1979 to 1982 and set up the influential Theatre of Black Women with fellow students Paulette Randall and Patricia St. Hilaire (pictured at a recent reunion). 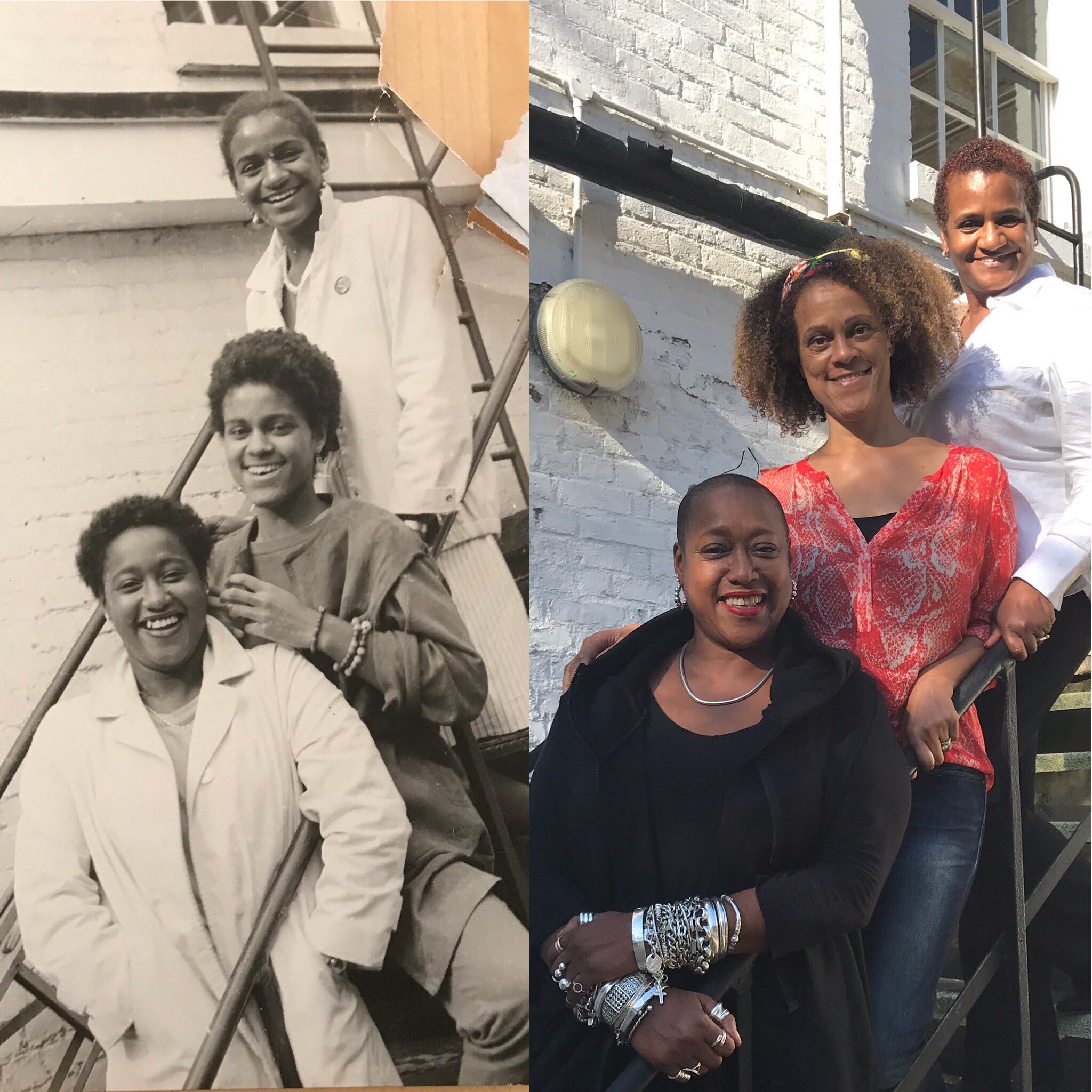 Girl, Woman, Other is Evaristo’s eight novel and tells the story of twelve intertwining characters spanning a 100 year period. She is the first black woman to win the prize.

Speaking to the media after the ceremony, which was held at the Royal Festival Hall on Monday 14 October, Bernadine said:

“I’m so delighted to have won the prize, especially considering what the prize has meant to me in my literary life, and the fact that it just felt so unattainable for decades.”

Evaristo was made an MBE in 2009 for services to literature and in 2018 was conferred as a Fellow of the College (see her conferral speech below).