Creative focused universities and colleges, including Rose Bruford College, contribute £8.4bn and over 310,000 jobs to the UK economy.

A new report into the economic impact of these institutions shines a bright light on the huge contribution they make to the nation's prosperity – both directly and indirectly, providing highly skilled graduates.

"This report provides clear evidence that with a multi-billion pound contribution to the economy, creative industries and the universities and colleges that support them are in an extremely strong position to be significant contributors to the delivery of the Prime Minister's Industrial Strategy.”

“Research and innovation employers increasingly the value of creativity in their workforce. As the Chancellor makes his Autumn Statement we hope he this too and acknowledges the essential pipeline of creative graduates provided by universities and colleges.”

The report by GuildHE, higher education representative body – along with ukadia (specialist art and design institutions), and the HEAD Trust working the EMSI economic modelling – also showcases a number of case studies including the impact Rose Bruford College’s new hall of residence Christopher Court has had on Sidcup.

‘Rose Bruford College of Theatre and Performance is pleased to have contributed to this important study that demonstrates the strengths of creative education and specialist institutions in the arts. Funding for such categories of small specialist institutions must continue to preserve providing creatively- and vocationally-trained graduates for a key contributor of the British economy—the creative arts industries.’ 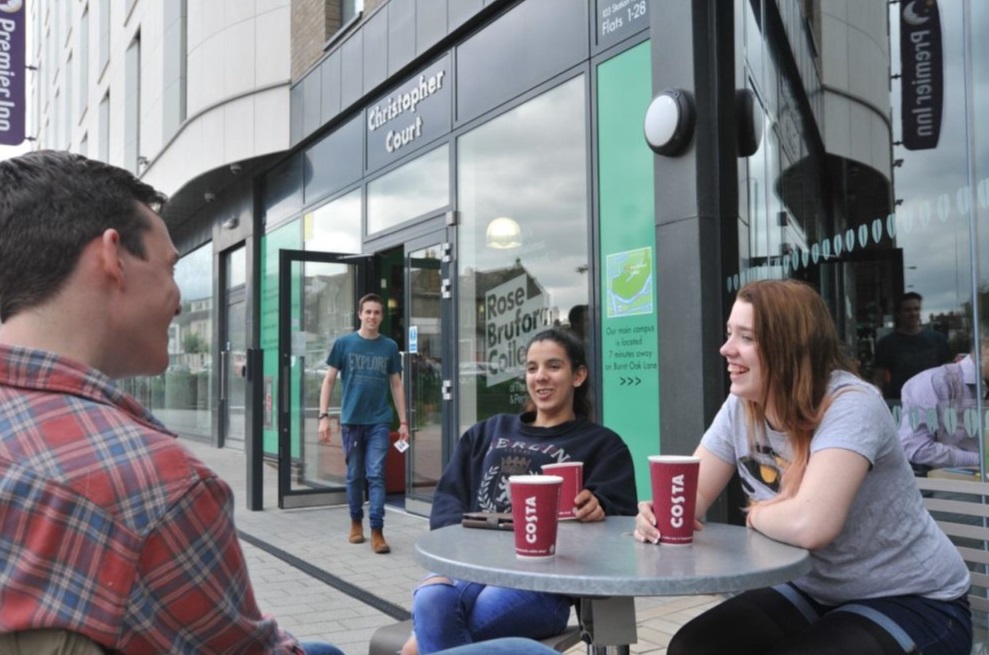 In September 2015, Rose Bruford College of Theatre and Performance opened Christopher Court hall of residence in the heart of Sidcup, and just 5 minutes away from the main Lamorbey Park campus.

The 168 en-suite room development with ground floor teaching space and conference facilities, is part of a wider development by Purelake, which consists of a 106-room Premier Inn and 3 retail units currently used by Kaspa’s, Costa and Subway. In addition to the Christopher Court development, the immediate area has seen significant investment with 2 new pubs, a bistro and other retail outlets opening in the past 6 months.

As well as term time residency, the student accommodation has allowed the College to grow its summer activity. Throughout the summer of 2016, 800 students visited Sidcup for a range of summer courses, many of them staying at Christopher Court. This again helped bring additional income to the local economy.

The Christopher Court development has also resulted in greater dialogue between the College, community, local businesses and police.

Throughout 2015 and 2016, the College hosted several networking events for local businesses and has organised a cultural event, titled Sidcup Words and Music, with Holy Trinity Church, Lamorbey. The event celebrates cultural figures who have a link to Sidcup. In June 2015 over 300 people attended the church for a talk by the illustrator Sir Quentin Blake, and over 150 people attended a similar event in 2016 with Pam St. Clement.

The College also has staff and student representation on the Safer Neighbourhood Panel, and regular meetings are held between the Police Community Support Officer, students and staff.

In Autumn 2016 Rose Bruford College was ranked the Safest University in London by the Complete University Guide and in the top 10 safest universities in England and Wales.