This announcement comes just after Lauryn’s debut play, ‘Bloody Elle – A Gig Musical’, a one woman show based around her experiences as a young working class girl growing up and coming out in the north, achieved critical acclaim at the 2022 Edinburgh Festival Fringe.

As a result of the play’s success, they were nominated for The Stage Debut Award for Best Composer, Lyricist or Book Writer, and also won the coveted Holden Street Theatre Award which provides the opportunity to take the show to the Adelaide Fringe. 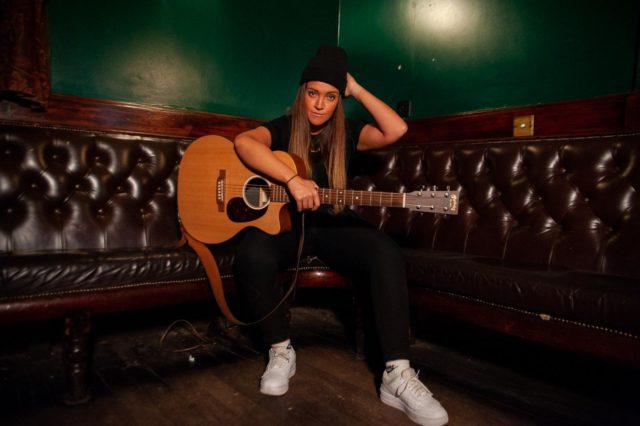 The BBC Studio Writers’ Program, which started in 2005, relaunched earlier this year is bringing a new focus to new series development, giving its participants the resources to develop their own original drama series.

It also comprises of three months of paid training on dramatic technique and structure, guest lectures from experienced and influential screenwriters such as Russell T Davies (It’s A Sin, Doctor Who), Laurie Nunn (Sex Education), Jed Mercurio (Bodyguard, Line of Duty) and an opportunity to trial for an Eastenders episode commission.

Writers graduate with a body of work including a pilot script and a series bible for their own series. Alumni of the program have gone on to create shows such as The Irregulars, Grantchester and My Mad Fat Diary and written for shows such as Killing Eve and How to Get Away with Murder.

Since graduating from Rose Bruford in 2009, Lauryn Redding has amassed numerous theatrical credits working extensively at venues such as The Watermill, Queen’s Theatre Hornchurch and Theatre Clwyd and completing a West End run and UK Tour with Horrible Histories.

She recently returned to Rose Bruford to work with the first year Actor-Musicianship students on their Pop module, a key part of the music curriculum.

You can follow Lauryn on Twitter @LaurynRedding to stay up to date with her experience on the Writers’ Program and hear about tour updates for ‘Bloody Elle’.