Four graduates from the College’s BA (Hons) Lighting Design programme have been shortlisted for the 2019 Knight of Illumination (KOI) awards which celebrate and recognise British and international lighting and video designers for their work in the UK.

“The band have an important message they’re putting out there that I portrayed within the design through my use of colour & movement with plenty to bounce off of from the band during the show whether it was erratic & chaotic moments to accent or contemplative moments to enhance. I also implemented their message by deploying the floor package in groups of 3, representing the 3 things the 333 in their name represent; Community, Charity & Change.”

“It’s an extraordinary achievement for graduates from one degree programme to receive this number of nominations. On behalf of all the students and staff I’d like to congratulate Ben, Hayden, Jessica and Joshua and wish them good luck for the awards ceremony.”

The winners will be announced during the award ceremony on Sunday 15 September at The Eventim Apollo, Hammersmith. 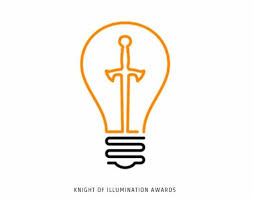