The College was very sorry to learn of the recent death of Lyn Darnley one of its honorary fellows and a former Head of Voice.

Lyn was born in South Africa, where her interest in voice was developed out of an early career in radio and through contact with an inspirational teacher, Catherine King, who was a fellow South African and had trained at Central School of Speech and Drama with Elsie Fogerty and Gwyneth Thorburn.

Having worked as an actor for many years in South Africa, touring small theatres and schools, particularly with a Theatre-in Education Company, Lyn left the country in 1980 and moved to Britain where, within a week, she found a job at Rose Bruford College. Lyn taught on the College’s Community Arts and Classical Theatre programmes. She recalled that she spent eight years teaching on the College’s Community Arts course, team-teaching acting projects, and learning invaluable skills from colleagues and students through reminiscence work, devising, and storytelling. Between 1988 and 1992, Lyn was employed at the College as a much-respected Head of Voice.

In 1992, Lyn began working for the Royal Shakespeare Company as a member of the Voice team, headed by Voice Director Cicely Berry. In 2003 Lyn became the RSC’s  Head of Voice, Text, and Artist Development and worked with a wide variety of performers. Lyn’s distinctive approach to teaching voice emphasised the twofold nature of a voice coach’s role in exploring how both physical preparation and exercise, and deep, considered exploration of text can enrich an actor’s performance.

In 2008 Lyn was awarded the Conference of Drama Schools medal for Services to Actor Training. Her qualifications include an M.Phil. from the University of Birmingham and a Ph.D. from Royal Holloway, University of London which examined artist development and training in the RSC. Following her retirement, Lyn continued to work with actors, teachers, and university groups around the world. She led workshops in the United Kingdom, United States, Europe, Africa and Australia and worked on productions in the West End and on television. Amongst her books are the following: The Voice in Education (2018), The Voice Box (2013), The Voice Sourcebook (1997), and The Teaching Voice (1996) (all written with Stephanie Martin). 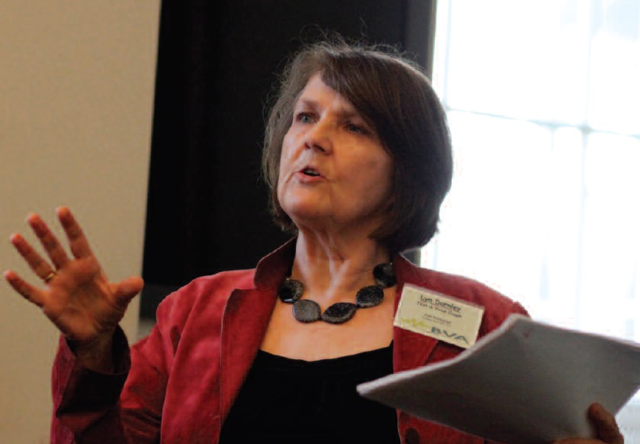