We recently caught up with 2011 Stage and Events Management graduate Jack Conway to learn more about his career and get an inside look at a day in a Stage Manager’s life. 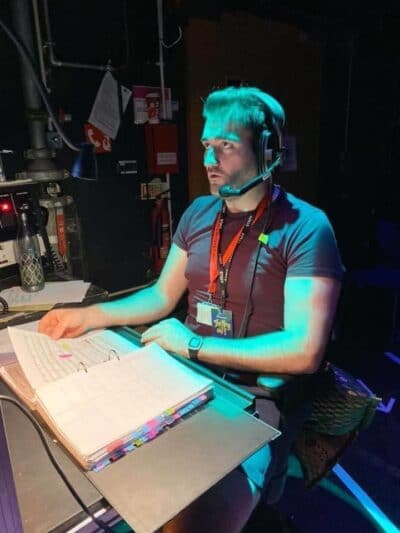 When did you know you wanted to work in theatre and events?

As a child and into my teenage years, we would go to see the local pantomime each year, which I absolutely loved! When my school’s career advisor realised how much I loved this, they organised a trip for me to see The Phantom of the Opera in the West End. We had balcony seats, and from high up there, I could see these people dressed in black doing scene changes.  It was at that moment I knew I wanted to be one of those people dressed in black.

I joined a 2-year technical course at college, which covered a variety of skills in technical theatre, and through that, I realised Stage Management was the career for me, and that’s what I wanted to study at drama school.

Can you tell us more about the role of a Stage Manager?

A Stage Manager (SM) helps organise and coordinate the day-to-day runnings of production from pre-production and rehearsals through to the run and post-show.

The Stage Manager will liaise with each department. So it is important for the SM to know what each department does and how best you can support them in making a production run smoothly and efficiently.

As a Stage Manager, how do you build on your career?

Networking is very important. What I love about our industry are the community and friendships you build both professionally and personally. I can tell you I got my first Stage Management job through a visiting tutor at Rose Bruford. After that, I was crewing on a West End show, and when that came to an end, the Stage Manager asked if I would like to join as an ASM. Through the connections I made there, my career started to take off. I highly recommend touring to nurture your craft. Touring from theatre to theatre, working with a variety of local staff and the challenges of putting shows into various theatres, both large and small. 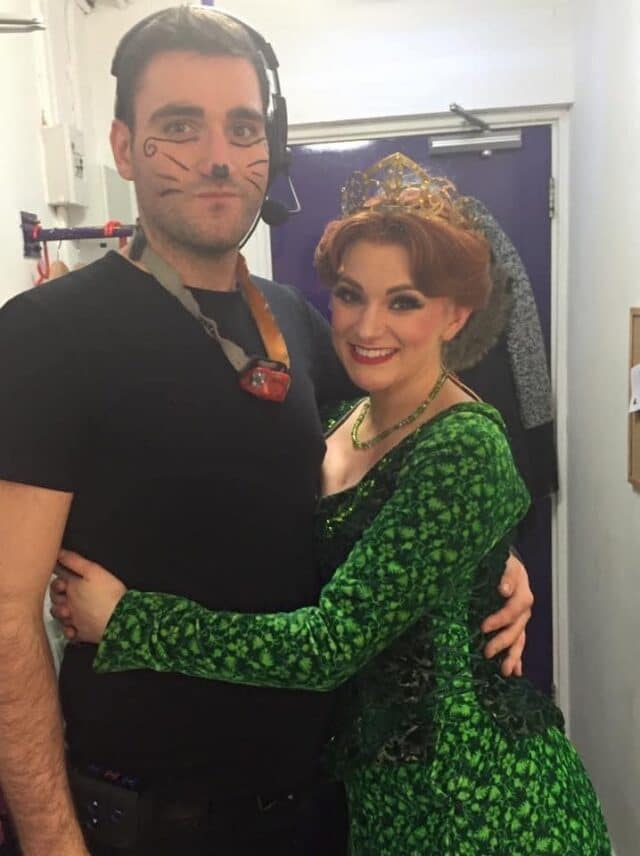 Can you tell us more about the roles of an ASM and DSM?

An Assistant Stage Manager is usually responsible for managing a wing, sorting and maintaining the props and assisting the Stage Manager in the day-to-day runnings of a show.  They will have cues during the show specific to that production; this could be operating a revolve, running stage illusions, firing pyrotechnics, working with stage firearms or even preparing food and drink to be consumed on stage!

Once the show is up and running, a Deputy Stage Manager’s main responsibility is to call the show. The DSM will create the calling script with the show cues, which usually include the lighting, sound, fly’s, and automated cues, plus more. Your responsibility is to make sure these are called at the correct point (as set out by the creative team) whilst making sure everybody onstage and offstage is safe.

You assist the Stage Manager with the day to day running of the show, setting up the stage for the cast to warm up, putting out backstage calls during the half, the show and post-show and usually compile the show report with either the Company Manager or the Stage Manager. 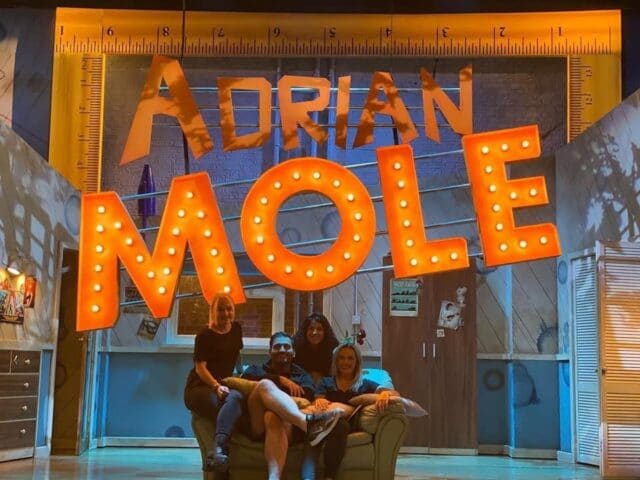 What advice would you give to someone who wants to get into stage and event management?

Training! It’s so important to learn your craft; Drama school for me was highly beneficial in giving me the foundation I needed to go out into the industry and do my job well. You never stop learning.

Don’t give up! It’s a tough world to get into both onstage and offstage, but it’s so rewarding.

What do you love about what you do?

Theatre does not feel like work for me, although sometimes the 6 shows in two days and 35-degree heat can be tested. (I say this with a smile). I enjoy being part of something exciting… working towards that moment, the curtain rises, and the audience cheer. Having the opportunity to work with talented colleagues and friends in creating something special.

Can you tell us about your current show, Death Drop?

Death Drop is a “Dragatha Christie” style murder mystery play with a cast of Drag Kings and Queens.

We have been fortunate enough to open with social distancing measures in place.

I am the Deputy Stage Manager (DSM). Each day the Company Stage Manager (CSM) and I reset for the show. We reset the props, preset the stage for the top of the show and prepare the consumable food and drink we have at each performance.

I then call the company to stage for their warmups and to line run sections of the show before we do a fight call for health and safety purposes. We then check-in as a company and go over any notes from the previous show. Sometimes this is referred to as parish notices.

I then do the backstage calls, which start 35 minutes before curtain up before going to prompt corner to prepare for calling the show. I make FOH calls just before each show to prompt the audience to take their seats.

During the show, I call the lighting, sound, pyrotechnics and other cues whilst keeping an eye on the stage, making sure the cast are saying their lines correctly, keeping to the blocking and assisting the CSM and each department in making sure the show runs smoothly and efficiently. 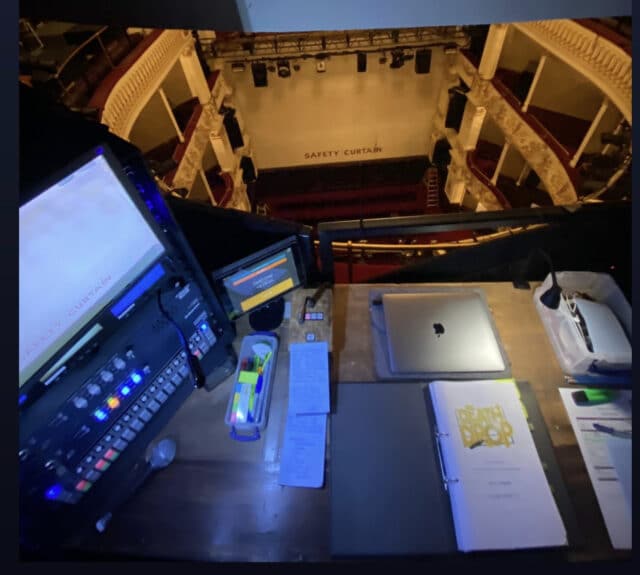 You can keep up to date with Jack by following him on social media: