Trevor Rhone, one of Rose Bruford College’s most distinguished early alumni, has been remembered in Sidcup as part of a local history initiative. The Lamorbey and Sidcup Local History Society (supported by Sidcup Partners) has designed and installed a number of banners of notable people who have been associated with Sidcup.

“The appearance of another globally influential College figure on these banners is very pleasing and indicates the value that Sidcup places upon its connections with Rose Bruford College.” 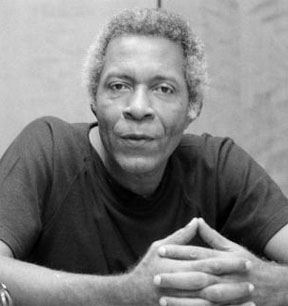 Trevor Rhone won a scholarship to study drama at Rose Bruford College between 1960 and 1963. He became an award-winning Jamaican playwright, director and actor. Rhone co-wrote the ground breaking film The Harder They Come (1972) about a country boy forced into a life of crime, starring Jimmy Cliff and with a reggae soundtrack featuring Desmond Dekker.

Rhone named the influential theatre he established with others in Jamaica after Rose Bruford College’s Barn Theatre, and one of his plays, Bellas Gate Boy (2008) partly depicts his time at the College in Sidcup. Rhone was awarded a fellowship of the College in 2007. In 1980, he was made a Commander of the Order of Distinction by the Jamaican government.

Read more about the life and works of Trevor Rhone here.