Bright future ahead for Berlin and Bogota based Theatre Studies student

An annual programme in which ten international playwrights are selected to develop their works, and present their projects as part of a series of staged readings at IATI theatre in New York. 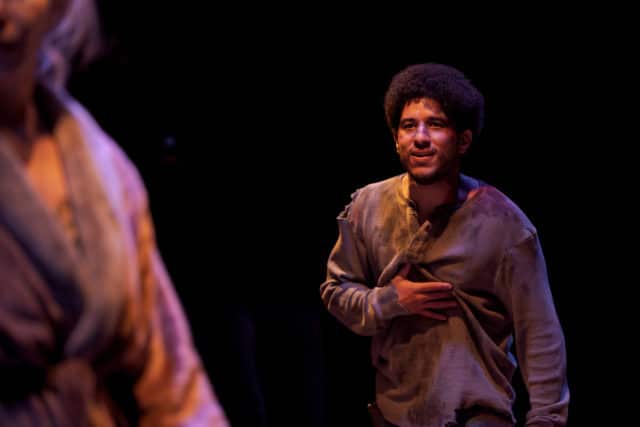 The Cimientos staged reading series, from 8 – 12 June, places the spotlight on these cross-continental writers, who work across an eclectic array of dramaturgy that upends traditional playwriting conventions.

Diego decides to write and direct a theatrical play about his parents’ story, both environmental activists assassinated in the 90s in Colombia.

Diego understands that the only way to write an honest theatre is to discover and portray what happened the night of the crime and the days that preceded it.

In the life-size replica of his life that he has created in the theatre, he discovers that his parents had lives different from those he’d imagined.

That their moral complexity made them more human, and that those who ordered the crime were part of a web of corruption that still persists and is in a position of power.

Having created the piece while studying at Rose Bruford College, Camilo says that the flexibility of the Theatre Studies BA (Hons) online programme fits perfectly into his schedule as a secondary activity that complements his personal practice.

His mind regularly connects what he has learned in the course with his own projects, and the curriculum that offers both full time and part time routes, enables him to continue writing and working, which is essential for his development as a playwright.

When asked about what compelled him to study for the Theatre Studies BA (Hons) degree, Camilo says:

“Many of the directors and playwrights I have admired have worked in London. I wanted to be able to understand their craft and incorporate it into my own work. That’s why I chose a school close to the centre of the theatre I liked….

The programme approaches theatre not only from a dramaturgical point of view. Understanding theatre practice from a complete approach has opened up new interests for me…

Following his reading at IATI in June, Camilo will be premiering a new play at the end of November in Bogota, Colombia.

His hard work and dedication has paid off over the years, having won several prestigious awards including the BBC International Radio Playwriting Competition 2020 for his play The Last Light, and the Recognition of Playwright from the Ministry of Culture of Colombia award in 2020 for the play Silencios.

If you want to meet current students and ask questions from course leaders Karen Morash and Jayne Richards, join us at this upcoming information webinar 11 June 2022.